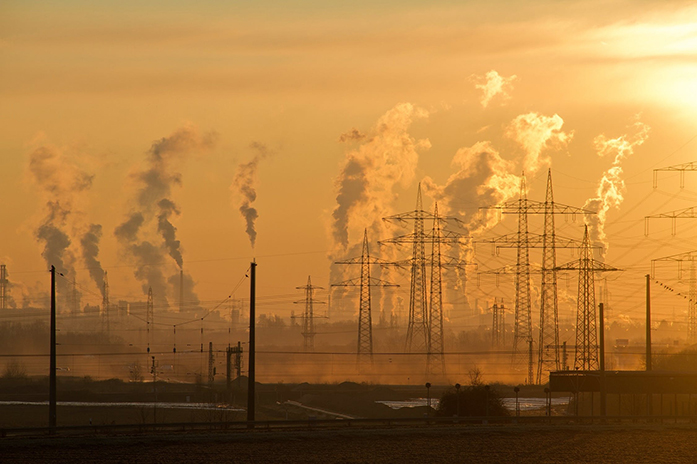 Climate change will change not just the climate but everything about our world and how it works. In this most unusual of times it is not those of us who work towards a different future that are naïve or idealistic, it is those who think that they can continue with business as usual, with the same business models, working in the same ways, that are the dreamers.

When I was 11 my family and I moved back to England after 6 and a half years in America. Amongst the general confusion of the move I recall that there were three things in particular that really struck me about my new country. Firstly, how small the cars were, secondly, the strange crisp flavours – prawn cocktail was particularly remarkable – and finally how green the grass was.

However last summer, as weeks went by without a drop of rain, we watched as the green grass in our gardens and fields turned slowly but surely brown and crisp. Initially the uninterrupted sunshine was met with jubilation as we donned our shorts and flip flops and barbequed like there was no tomorrow. But, as the weeks turned into months; as fires spread across the northern hemisphere whilst floods drenched those in the South, the delirium gave way to questions. How far will the flames and waters spread? How many more people will be forced from their homes? How long will it be before this crisis reaches my door?

The role of business

Businesses have been key participants in the debate about climate change and what should be done about it. This is partly because they, like all of us, play a role in contributing to the problem. Companies may directly influence the amount of greenhouse gases being emitted into the atmosphere (for example coal is used to produce steel, petrol powers trucks, livestock and crops produce nitrous oxide and methane, fossil fuels are used to produce plastics) or they may exacerbate existing impacts, for example by using water-intensive processes in drought-prone areas.

Businesses are also vital contributors because they too stand to be strongly affected by a changing climate and are asking themselves questions. How will we source our products in a world wracked with floods, droughts and ecosystem loss? How will rising rates of tropical disease, increased food insecurity and displacement affect our target markets? Where will we locate our offices and operations as water wars and other economic and political conflicts increase?

Moreover, businesses are realising that they must take a leading role because they are an essential part of any solution. Many organisations have already made laudable efforts to contribute, for instance by declaring commitments to go carbon-neutral or by adopting more circular business models. These efforts certainly deserve to be celebrated but have not been without their challenges. Carbon reduction schemes have been associated with serious claims of unreliability related to inaccurate measurements of carbon emissions and reductions. They have also been seen to lead to unexpected environmental impacts in other areas for example relating to pollution. Tree-planting initiatives have been associated with disrupting water supplies, evicting indigenous people from their land, seizing grazing rights from farmers and running plantations where the soil releases more carbon than is absorbed by the trees. Stakeholders have also criticised some circular economy initiatives for failing to account for absolute resource usages rather than relative ones, falsely branding further acts of consumption as ecological.

I believe the best way that businesses can contribute is by seeing climate change for what it is, a matter of human rights. I believe this firstly because the impacts of climate change demonstrably affect peoples’ human rights. Whether that is peoples’ rights to land when it is being slowly submerged under rising seas, their rights to food when crops are failing due to rising temperatures and droughts or their rights to work when the ecosystem upon which their livelihood depended has disappeared. Taking the full spectrum of human rights into consideration reduces the likelihood of implementing approaches that inadvertently cause or worsen impacts elsewhere.

Secondly, a human rights-based approach also benefits from the many other positive principles and norms of the human rights framework. Principles such as the prioritisation of effort based on the risks to people (rather than risks to business), meaningful rightsholder participation at all stages and a commitment to non-discrimination and the redress of unjust distributions of power.

Thirdly, and very practically, many organisations already have much of the infrastructure for carrying out human rights due diligence in place. From policy commitments and risk assessments to training programmes and grievance mechanisms. Building on or aligning with these existing structures and processes can save much effort and time. Relatively simple measures like forming cross-departmental human rights working groups, aligning existing environmental and social policies and approaches and appointing one person to sit over both areas of your organisation’s strategy can make a big difference. Human rights and climate change are fundamentally interconnected topics so your approach to them should be too.

You just have to start

Now you may be thinking “This is impossible.” “It is too complicated, people will never understand.” “It’s not our job to take the lead on this anyway- that’s up to governments.” “If we work on this then we’ll be at a disadvantage to our competitors.” I hear you and I urge you to reconsider. It was not long ago that businesses felt the same way about health and safety, recycling or modern slavery. History has shown us that expectations of businesses continue to rise. Those that fail to take these expectations seriously risk being left behind.

One more good thing about a human rights-based approach – perfection is not the goal. Instead the goal is a commitment to continuous improvement. You don’t have to be perfect, you just have to start. As we settle into this new year I encourage you to take action on climate change for what it is, a matter of human rights. There is not a company in the world today that can afford to ignore it.

This article was written by Hannah Temple, former Director of Consulting and ongoing friend of twentyfifty, February 2019.